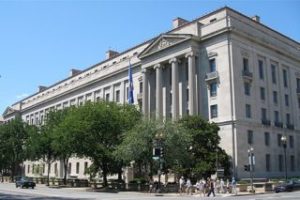 The law firms of Zerbe, Miller, Fingeret, Frank & Jadav, PC (ZMF); Kohn, Kohn & Colapinto (KKC) and Robert Amsel, Esq. are pleased to announce today a key victory for tax whistleblowers with the filing of a joint stipulation for dismissal of the government’s appeal in the cases of Whistleblower 21276-13W and 21277-13W v. CIR, Case Nos. 17-1119 and 1120 (D.C. Cir.). The case was scheduled for oral argument on April 9, 2018, in the U.S. Court of Appeals for the District of Columbia Circuit. It had pitted the U.S. Department of Justice and IRS against two whistleblowers whose information has led to $54.131 million in criminal penalties and civil forfeitures awarded against a major Swiss bank. The DOJ and IRS were arguing that the tax whistleblower law did not apply to criminal tax cases that resulted in payments of fines and civil forfeitures.

The dismissal of the government’s appeals keeps in place the whistleblower’s win in the Tax Court decision of Whistleblower 21276-13W and 21277-13W v. CIR 147, TC 4 (2016) providing for a broad definition of “collected proceeds” – the basis for whistleblower awards in tax cases. The whistleblowers had previously received an award of $4,474,000 based on the government’s collection from the Swiss bank of $20 million in restitution paid directly to the IRS for back taxes. But the IRS refused to pay an award on the additional $54.131 million collected from the bank.

Based on the DOJ and IRS’s withdrawal of the appeal the whistleblowers will receive an additional award of approximately $12.9 million, as had been previously ordered by the Tax Court.

Stephen M. Kohn of KKC, who served as co-counsel on the case, stated: “This decision is a green light for bankers with knowledge of criminal tax frauds to step forward and blow the whistle. All whistleblowers should be encouraged by this decision of the government to dismiss its appeal. It permits these two courageous whistleblowers to obtain a reward for turning in massive criminal tax frauds that had caused taxpayers to lose millions of dollars over the years and sets the precedent for future cases. This decision, coupled with the recent clarification by Congress of the tax whistleblower law, is very good news for whistleblowers. The IRS is certainly interested in hearing from knowledgeable whistleblowers with good information about individuals and companies engaged in tax evasion. If the case is successful, the government will pay rewards.”

Dean Zerbe stated: “I want to thank the Department of Justice lawyers, Ms. Teresa McLaughlin and Ms. Deborah Snyder of the Department of Justice Tax Division as well as Richard Hatfield, IRS Senior Counsel for their courtesy and professionalism in what truly is a win for both the government and whistleblowers. I should especially note the tremendous work of my colleague Felipe Bohnet-Gomez at ZMF in this success as well as my co-counsels Stephen M. Kohn and David Colapinto at the Kohn, Kohn and Colapinto (KKC) law firm and of course my other co-counsel Robert Amsel of Miami, FL who has been invaluable from the very beginning for the whistleblowers. Thanks also to Bryan Skarlatos of Kostelanetz & Fink, LLP, Nancy Gertner, Retired U.S. District Court Judge and Senior Lecturer at Harvard Law School and Jeffrey Neiman of Marcus Neiman & Rashbaum, LLP for their work on the impressive amicus curiae briefs they filed with the D.C. Circuit.”

Dean Zerbe added, “Most importantly, I join my co-counsels in thanking our clients—the whistleblowers—it is their hard work, patience and courage, working hand-in-glove with the government that brought us to this win today.”