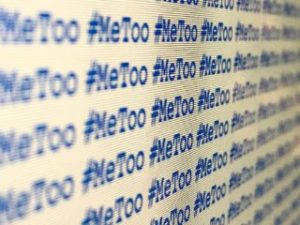 National Whistleblower Center (NWC), as a member organization of the Workplace Sexual Harassment Coalition, has signed a letter to Senate Majority Leader Sen. Mitch McConnell and Minority Leader Chuck Schumer to support the Congressional Accountability Act of 1995 Reform Act (H.R. 4924) which passed in the House of Representatives with bipartisan support last month. The Act, which seeks to improve workplace protections for Congressional staff, has gained broad public support due to the #MeToo movement.

In the letter, the Coalition makes recommendations as to the improvement of H.R. 4924. It also urges the Senate to include reforms passed in H. Res. 724. The Resolution requires that each “employing office” in the House establish an anti-discrimination and anti-harassment policy. It also calls for the creation of an Office of Employee Advocacy. The Office would assist employees with counsel and representation as they navigate Congressional Accountability Act processes.

This legislation, if implemented, would provide key protections for federal employee whistleblowers. It would also ameliorate the convoluted process currently in place for Congressional employees to report instances of sexual harassment, assault, or discrimination.

The Senate may pass these reforms as soon as this Friday, along with the $1.3 trillion spending bill that just passed the House this week.