Kathleen Sharp’s book about pharmaceutical whistleblower Mark Duxbury will be released in paperback on September 1, 2012. It is Blood Medicine: Blowing the Whistle on One of the Deadliest Prescription Drugs Ever. I had the pleasure of interviewing journalist Kathleen Sharp on November 15, 2011.

Mark Duxbury was a star salesman for a subsidiary of Johnson & Johnson. He was selling Procrit. Procrit is a type of erythropoietin, which is also called EPO. Following management direction, he convinced doctors that prescribing high doses would help cancer and dialysis patients. At the time, Johnson & Johnson was engaged in a bitter turf battle with competitor Amgen. Procrit became Johnson & Johnson’s top selling drug. The U.S. government was paying more for EPO than it was for any other class of medications. Duxbury and a co-worker, Dean McClennan, became concerned about the reports of patients dying while taking Procrit. They insisted that their employer respond to this safety concern, and refrain from illegal marketing tactics. This issue cost him his job. By 2007, the dangers of Procrit became public, but not before too many Americans had died.

Duxbury and McClennan filed a whistleblower claim under the False Claims Act (FCA). 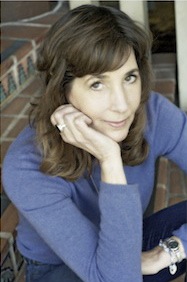 Duxbury died before the litigation could be completed. Sharp (pictured) examines how a big pharmaceutical company can push its drugs through doctors and into patients’ veins before any of them are aware of the true risks. Sharp explains how federal regulators facilitated the pharmaceutical companies and reacted slowly to the reports of adverse reactions. Even today, EPO is on the market, albeit with enhanced “black box” warnings.

Sharp also makes Duxbury’s ordeal come to life. Much as attorney Steven Berk explained here, the recoveries of qui tam whistleblowers are rarely reported with the details of the suffering they endured for the public’s benefit. In Blood Medicine, Sharp does report the details, in a flowing narrative that makes for an easy read of such a hard story.

Blood Medicine is an important story for whistleblowers, taxpayers and patients. We are indebted to Kathleen Sharp for her thorough research and insightful writing.

Environmental Whistleblowers are Key Human Rights Defenders, According to Comments to UN