As EU officials move toward better protection for whistleblowers, they are likely watching how our system is holding up. In April, the EU Parliament passed a much-needed law that would shield whistleblowers from retaliation. It also created “safe channels” to allow them to report breaches of EU law. Today, Transparency International’s released an analysis and recommendations designed to help EU nations adopt “best-practice national laws that will effectively protect whistleblowers and support anti-corruption efforts in their country.”

Like they do here, according to 90 people who should know.

From: An Open Letter to the American People 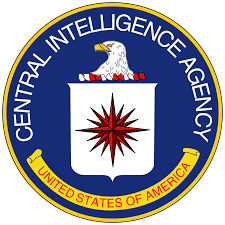 We are former national security officials who proudly served in a wide array of roles throughout the U.S. Government. We are writing about the Intelligence Community whistleblower’s lawful disclosure, which was recently made public. While the identity of the whistleblower is not publicly known, we do know that he or she is an employee of the U.S. Government. As such, he or she has by law the right—and indeed the responsibility—to make known, through appropriate channels, indications of serious wrongdoing. That is precisely what this whistleblower did; and we applaud the whistleblower not only for living up to that responsibility but also for using precisely the channels made available by federal law for raising such concerns.

A responsible whistleblower makes all Americans safer by ensuring that serious wrongdoing can be investigated and addressed, thus advancing the cause of national security to which we have devoted our careers. What’s more, being a responsible whistleblower means that, by law, one is protected from certain egregious forms of retaliation. Whatever one’s view of the matters discussed in the whistleblower’s complaint, all Americans should be united in demanding that all branches of our government and all outlets of our media protect this whistleblower and his or her identity. Simply put, he or she has done what our law demands; now he or she deserves our protection.

Opinion: Why whistleblower laws won’t protect employees who use the workplace for activism

Opinion: Why whistleblower laws won't protect employees who use the workplace for activism