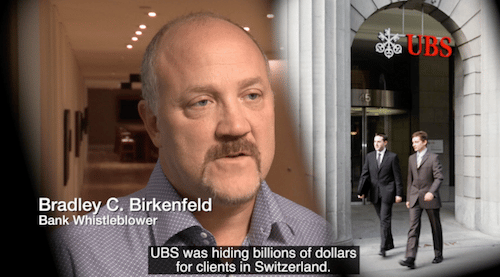 The National Whistleblower Center released a new video featuring four prominent whistleblowers who share their personal stories of blowing the whistle and the backlash they faced for doing the right thing. “Whistleblowers Change the World,“ highlights the crucial role whistleblowers serve in exposing corruption at all levels of society and why we need a sustained grassroots movement to ensure the legal protections they require are upheld.

The video’s release coincides with International Anti-Corruption Day (Saturday, December 9th), an annual event that raises awareness of the major impact of fraud and corruption on a global scale, and encourages open discussions on new ways to tackle these issues.

“Whistleblowers remain the key source of information on fraud and corruption at home and abroad,” said Stephen M. Kohn, Executive Director of the NWC and author of The New Whistleblower’s Handbook. “However, they still face retaliation in many countries around the world. We need to rally our efforts to ensure that whistleblowers are protected and empowered. The first step toward making that happen is to make sure whistleblowers and anti-corruption groups understand the legal tools they have available to them.”

Watch the new video, “Whistleblowers Change the World” below. Help raise awareness of why we all must support whistleblower protections by sharing it on your social networks using #UnitedAgainstCorruption for International Anti-Corruption Day.

Make a donation to support the grassroots movement calling for stronger whistleblower protection laws. People who speak out against injustice should be protected and rewarded— not punished.