Updates on Past Whistleblowers of the Week When we left Robert Ledogar in September of 2021 he was fighting for restoration of his federal pension. Two months before he was supposed to retire on April 20, 2021, the U.S. Marshal service notified him that he had been fired. Ledogar is still waiting to find out if his pension can be restored. Ledogar has had to generate monies in order to continue the funding of his Merit Systems Protection Board (MSPB) and his Equal Employment Opportunity (EEO) cases. Ledogar is still relying on his widening support network and his wife to carry him through some very tough times.

On August 23, 2021, in Ledogar’s final closing argument in the hearing held in his appeal, Chief Deputy United States Marshal Bryan Mullee noted: “The case before you is not about dispensing justice in the form of discipline but rather about retaliation.”

Ledogar’s case was simply about the wrongful treatment he experienced for having “stood up for a gay female subordinate against the harassing and discriminatory misconduct of members of the USMS-led New York/New Jersey Regional Task Force in Central Islip.”

A week before Christmas 2021, an Administrative Law Judge for the MSPB in New York ruled against Ledogar. Ledogar feels that Administrative Law Judges are understaffed, overworked and overwhelmed. He noted, “The cases are being handled by law clerks who find them too complex.” Raymond Granger, Ledogar’s attorney, has appealed to the MSPB in Washington D.C., and Ledogar’s case is on the docket for a hearing sometime in the future.

Ledogar noted in his Petition for Review to MSPB that the initial decision by the Administrative Judge contained “erroneous findings of material fact and was based on erroneous interpretations of statute or regulation, or the erroneous application of the law to the facts of the case.”

Ledogar noted that the Marshals Service “did not appreciate the publicity” Ledogar received on his case. On March 25, 2020, Gill received a letter from the Department of Veterans Affairs advising her she was being fired and her removal was “for being medically unfit.” The real reason was because Gill hosted a wildly popular podcast in 2017 called “Mueller, She Wrote,” which featured commentators involved in the Mueller investigation universe. Gill appeared to be a selective prosecution of the Hatch Act even though she was scrupulous in conducting her shows in order to not run afoul of the Hatch Act.

Gill subsequently found out that the Office of Special Counsel (OSC) was the federal entity that had initiated the request to investigate her podcast. The origin of the demand to OSC to demand the investigation had been redacted. Since her firing from the Veterans Administration Gill has been hosting a wildly popular podcast called “The Daily Beans.”

Gill’s case is still “pending a decision with VA EEOC.” 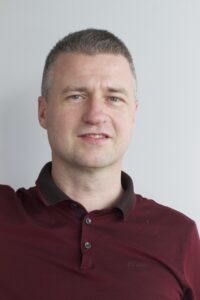 Jóhannes Stefánsson is a whistleblower who had the worst possible retaliation, attempts on his life. While working for Samherji, Iceland’s largest fishing company, Stefánsson provided evidence showing how Samherji paid millions of dollars to illicitly secure the rights to catch mackerel in Africa. The scandal led to arrests of politicians and business figures in Namibia, and a case against Samherji. The Fishrot scandal has captured the attention of worldwide media, and Stefánsson received the prestigious WIN WIN Gothenburg Sustainability Award in April 2021. The award noted his “great courage and selflessness in his fight against misuse of power and corruption.”

The attempts on Stefánsson’s life have resulted in damage to his body, but he has made “minor improvements.” Stefánsson has been slandered, harassed and threatened, but he is “thankful he is alive.” The Fishrot trial is expected to start at the end of 2022, and Stefánsson will have to testify in Africa. The subjects of Fishrot in Africa and Iceland have been attacking Stefánsson “a lot.” Samherji has continued their attacks on Stefánsson and hired a group of employees who tried to destroy Stefánsson’s reputation. Samherji tried to portray Stefánsson as an alcoholic in order to have him committed to an Icelandic hospital.

Icelandic officials are charging Stefánsson along with Samherji officials even though he was the individual who blew the whistle on the corruption. He has cooperated totally with authorities in a money laundering and bribery case but is not afforded any protection. as there are no real whistleblower protections in Iceland or Africa.

There is no possibility of monetary award for Stefánsson under a whistleblower status. There is no protection offered by Icelandic or African authorities to Stefánsson for his whistleblowing. He truly is The Man in the Arena, “who spends himself in a worthy cause who at the best knows in the end the triumph of high achievement and who at the worst, if he fails, at least fails while daring greatly…”

WNN will be following and reporting on the Fishrot trial in Africa and Iceland scheduled later this year. Natalie Mayflower Sours Edwards disclosed Suspicious Activity Reports (SARs) from the U.S. Department of the Treasury, and it made up most of the FinCEN Files, a collection of documents which revealed global corruption around the world. In 2018 Edwards was arrested by the FBI and charged with two criminal counts. Edwards served time in prison and was released on January 24, 2022 with three years’ probation. After her release Edwards noted that “This chapter is officially closed. I will not be silenced anymore. My story will be told.”

Currently, Edwards is not happy. She had asked for whistleblower status as the release of the SARs was under her official capacity under national security. She was the Senior Advisor for the FinCEN division and had every reason to release the SARs files. Congress had provided Congressional request letters that they sent to the FinCEN division, requesting information about Russian interference in the 2016 election. She had seen documentation that noted Russian attempts at infiltration of Treasury and the Executive branch. Senator Chuck Grassley had requested records concerning Uranium One, and Treasury told him they did not have records when Edwards knew that they had. That also fell under her whistleblower disclosures.

It is frustrating and annoying to Edwards that she is called a criminal and not a whistleblower. “Each day is a struggle.” Edwards said. “It is just hard.” Financially, things are difficult as Edwards is still waiting for her retirement disability which is sitting in front of the MSPB.

The release of the FinCEN Files has resulted in journalists revealing dirty money flowing through banks, and politicians have initiated programs to bring money launderers and bad actors to account. Journalists have received awards, whistleblower organizations have mentioned it in fundraising, and the President has extolled the contributions of whistleblowers in fighting worldwide corruption, but nowhere is Edward’s name to be found.

Read a previous update on past Whistleblowers of the Week here.

Browse the Whistleblower of the Week written articles and podcast episodes on WNN.

The Importance of Rewarding Whistleblowers Who Go to the News Media