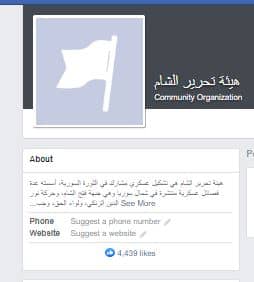 Three Canadian whistleblowers have been awarded more than $7 million, the first payment of its kind by the Ontario Securities Commission (OSC). “These individuals voluntarily provided high quality, timely, specific and credible information, which helped advance enforcement actions resulting in monetary payments to the OSC,” according to a statement from the Canadian agency.

To protect the identity of the whistleblowers, the agency did not release names or any information on the cases.

Stephen M. Kohn, director of the National Whistleblower Center in Washington, notes in a statement that the award is a breakthrough for whistleblowers worldwide.

“Canada becomes the first country after the United States to recognize that substantial whistleblower rewards are the key to fraud detection and successful prosecutions,” Kohn wrote. “We hope that other advanced democratic nations follow this lead and enact qui tam laws similar to those in the United States.”

In a February 28 story on the program, the Toronto Globe and Mail noted that “in developing and administering its program, the OSC was able to look south to the U.S. Securities and Exchange Commission (SEC).” The story notes that Canada’s payouts are different than those offered by the SEC, which pays 10 percent to 30 percent of resulting recoveries over $1 million. In Canada, the range for awards from the OSC is 5 percent to 15 percent, with a $5 million cap.

In an OSC release on the enforcement efforts, chair Maureen Jensen called the program “a game changer.” Jeff Kehoe, OSC enforcement director, said in the same release that he hopes the award will encourage more whistleblowers to come forward.

On its website, the agency lists the individuals and information eligible for awards: “The information must be of high quality and contain sufficient timely, specific and credible facts such that it is of meaningful assistance to an investigation.”

Interested Canadian whistleblowers are directed to a submission site with a “presubmission checklist.”

The first item: “I have identified timely, specific and credible facts relating to possible violations of the Ontario securities law; I am ready to provide the following details: who is involved, what happened and when the misconduct occurred or may occur.”